Article appeared in Flying Magazine May, 2018 by John King

The eight of us had flown into Borrego Springs for lunch.  As Martha and I helped the folks from Australia back into the airplane and gave them our pre-flight briefing for the return trip, I explained, “We are about to challenge the air traffic control system a bit.  We will pop up in this small jet and accelerate to 350 knots indicated airspeed.  We will then request an ILS clearance for landing at Montgomery Field in San Diego, and see how ATC handles it.”

Each seat in the airplane was equipped with headsets and everyone would be able to hear what we said to the controllers, and the controllers said to us.

It was an extraordinary group of passengers.  There was the Chairman of the Civil Aviation Safety Authority (the Australian equivalent of the policy and rule-making part of the FAA), the Chairman of Airservices Australia (their air traffic control organization), and the heads of various departments of the ATC organization.

Martha was pilot-flying, and I was pilot-monitoring, so I was handling the radio.  “SOCAL, Falcon November One Zero Foxtrot, one-one miles southeast of Julian VORTAC, one two thousand five hundred.  We have Montgomery information Alpha.  Request the ILS approach to Montgomery Field.”

“Roger One Zero Foxtrot, turn right heading two-five-zero.  Intercept the localizer and track it inbound.  Descend and maintain four-thousand.”  The controller was completely calm and unperturbed.

As measured by our GPS, in eleven minutes from lift-off at Borrego Springs we had flown the 55-mile trip and were on the ground at San Diego’s Montgomery Field.  The Australians were awestruck.

The amazing part was not the speed of the airplane.  It was the unbelievable willingness and ability of the controller to accommodate us without hesitation and completely without advance notice.  That simply is not done in Australia (and for that matter, in the rest of the world).  It was what the contingent was here to see, and they certainly got what they came for.

Martha and I have flown throughout Australia in general aviation airplanes and have seen many examples of this contrast.  It is not uncommon for the presence of a single airliner to cause a general aviation airplane to be held outside a control tower’s airspace (today called Class D airspace), or for a hovering helicopter to be required to land.  By contrast, in the U.S. the ATC system (for example at Wichita, KS) smoothly accommodates numerous airliners, business jets, helicopters, and training planes simultaneously.

In spite of operating the world’s largest and busiest air traffic control organization, the FAA’s ATC system is legendary for its willingness and ability to flexibly accommodate traffic of all varieties and speeds.  As dramatized by the movie “Pushing Tin,” it is built into the DNA.  Controllers take pride in their in their ability to move airplanes efficiently.  It is all about providing access.

Martha and I see this flexibility all the time.  We often depart San Diego from Montgomery Field, which has a mix of traffic ranging from Cubs to jets.  Yet the ATC system there efficiently takes care of all comers.  Frequently we get our departure release before we get to the runway, and never have to set the brakes of our old Falcon 10 before takeoff.  Then at Wichita, KS, our frequent fuel stop on our trips to the East Coast, the same thing happens again.

The airlines often complain about delays, but our experience indicates when there are delays, they are most often caused by too many aircraft being scheduled to take off or land on the same pavement at the same time, rather than by the capacity of the ATC system.  General aviation aircraft don’t add to the delays because we mostly use different airports and runways.

Sometimes ATC is effortlessly the star of the show when even the fixed base operators at their airport can’t keep up.  We were at an event the other day that ended with dozens of jets all wanting to leave at about the same time.  Aircraft had to wait as much as two hours for the FBO to move the aircraft to where they could be fueled and start engines.  But there was absolutely no delay from ATC.  We taxied out to the runway and were cleared for takeoff as soon as we were ready.

And to help make things run smoothly with general aviation pilots, the U.S. ATC system partners with them.  When services are provided on a workload permitting basis, such as flight following for VFR aircraft, controllers will still go out of their way to provide service, even when they appear busy.  Plus, ATC proactively engages with the community.  A recent flying club meeting in San Diego had representatives from multiple local control towers, SOCAL TRACON, and Los Angeles Center.  All had shown up to explain to pilots how they could get even better service.

The partnership includes an incredible kindness and courtesy towards general aviation pilots.  When general aviation pilots are less than perfect in their communications, controllers work with them patiently.  On a recent flight we heard a pilot being asked to describe his route.  When spelling the name of one of the waypoints, he used “Motel” as the phonetic code word 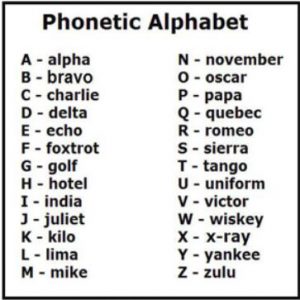 for the letter “M” instead of “Mike.”  As a result the controller heard it as “Hotel” and thought the letter was “H.”

An extended period of confusion resulted because the controller couldn’t find the misspelled waypoint.  When the controller realized what had happened, he simply corrected the waypoint name, and didn’t say a word to the pilot about using an incorrect phonetic code word.

We have something great going for us with ATC in the United States.  They are general aviation’s best friend—indeed, they are often GA pilots themselves—but we have tended to take them for granted.  You might say they are our “unsung heroes.”  Among other things, ATC services are the key to the unique connection that lets general aviation tie rural communities to the rest of our economy.  Architects, lawyers, developers, ranchers, and small businesspeople of all kinds use airplanes to make operating in smaller communities economically viable.  General aviation helps them connect their businesses to larger communities, and make their goods and services broadly available.

To protect this special relationship that U.S. general aviation enjoys with ATC, we need to preserve the oversight that Congress provides in ensuring that a profit motive doesn’t change the special service culture of ATC.  ATC absolutely ain’t broke.  Let’s not let people, who don’t have a clue how well it works, try to fix it.

WE’RE NOT IN KANSAS ANYMORE

NOT LOST NEAR AS MUCH AS WE USED TO BE